The album from Legacy Recordings will feature such classic hits as the title track, “Everything She Wants,” “Faith,” “Fastlove Part1,” “Freedom! ’90” and “Wake Me Up Before You Go-Go,” as well as the previously unreleased “This is How (We Want You To Get High).”

Director Paul Feig recently told BBC News that the new song came off of an album Michael was recording before his death in 2016.

“It’s a very celebratory song, I would dare say,” he said. “And we were able to play the entire song, which is almost six minutes long, in the film.”

The film began when the acclaimed British film producer David Livingstone spoke of his love of Wham!’s iconic hit, ‘Last Christmas’ to producer and screenwriter, Emma Thompson. That conversation sowed the germ of a winning idea: to make a film inspired by ‘Last Christmas’, so in Spring 2013, Emma Thompson visited George Michael at his London home who gave her his blessing.

“The wisdom and emotional scope of George’s lyrics have always amazed me. So many feel like they were written for the movie. After I met George and experienced his compassion and understanding up close, I realised that in fact the movie was written for those lyrics.”

Track listing
Last Christmas
Too Funky
Fantasy
Praying For Time
Faith
Waiting For That Day
Heal The Pain
One More Try
Fastlove Part 1
Everything She Wants
Wake Me Up Before You Go-Go
Move On
Freedom! ‘90
Praying For Time (MTV Unplugged version)
This Is How (We Want You To Get High)

You can pre-order your copy now. 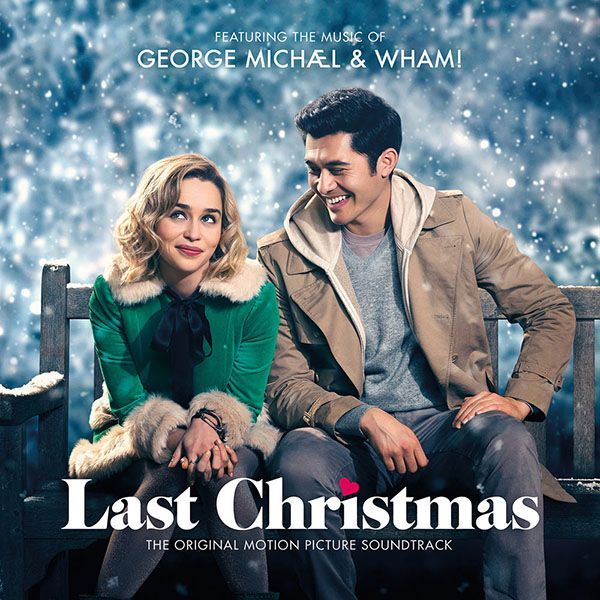