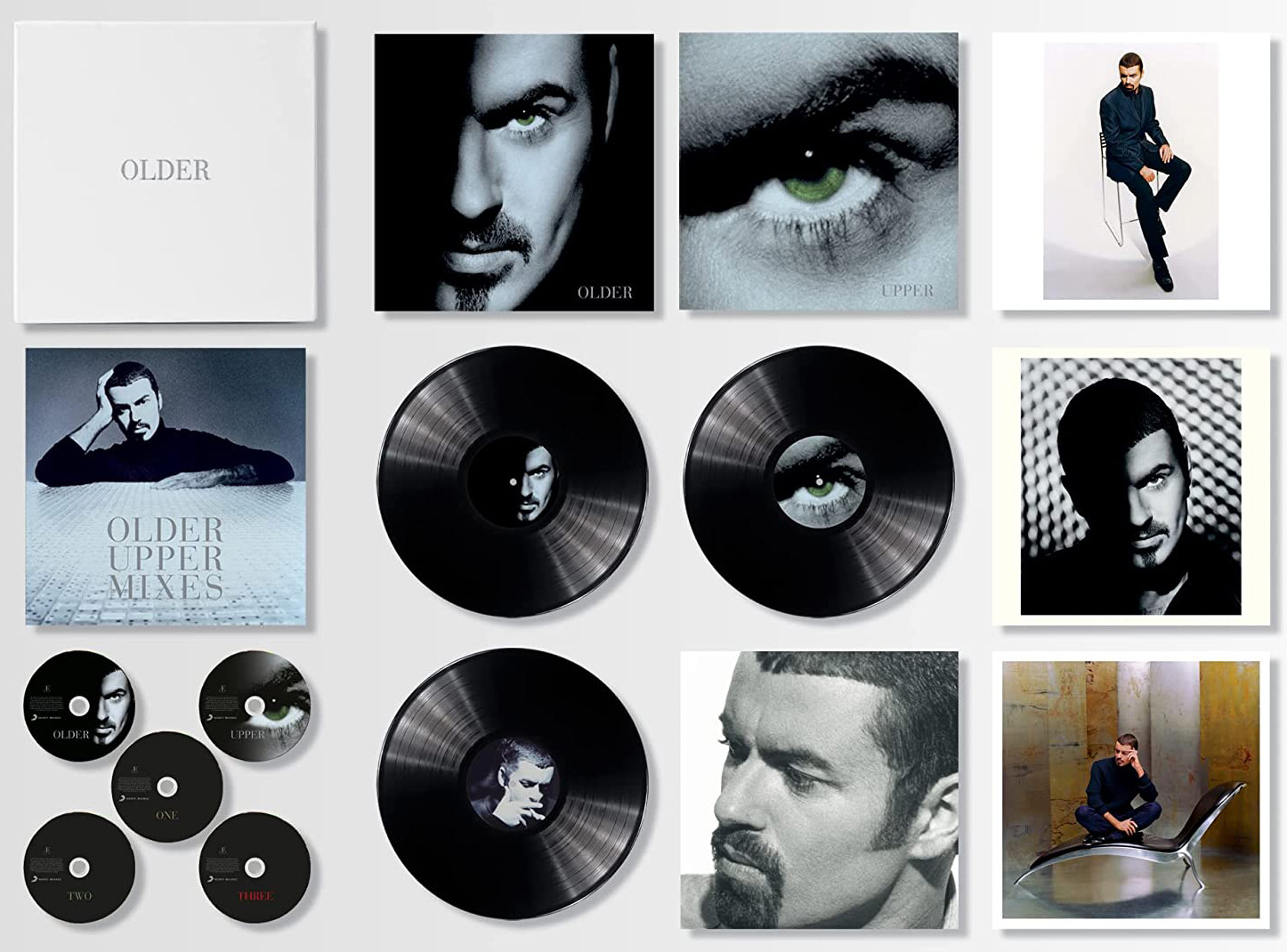 The remastered Older album is out as a deluxe limited-edition box set, a 2 LP in a variety of colours, a cassette and to listen to digitally.

Older saw George exploring new music, as he reflected on life, loss and pain with, ultimately, the redemptive power of love triumphing over everything.

Originally released in the UK on 13 May 1996 through Virgin Records, Older, reached the pinnacle of chart success, where it remained for three consecutive weeks, spending 35 weeks in the top 10 overall. The album produced six singles, two of which Fastlove and the haunting Jesus To A Child – reached No.1, with the other four peaking in the top three. The album was a huge global commercial success, going 6x platinum in the UK, as well as verified platinum in another 22 countries – an achievement which is unparalleled to this day.

This re-issue of Older has re-entered the Official UK Albums Chart at number 2 – having missed out on the number 1 position by a mere 340 copies.