Hello Everybody, Lovelies and Friends everywhere,
At this time last year Melanie was writing to you, as she had done so beautifully since George passed away on Christmas Day 2016, to thank you all for the love and good wishes you had sent to the family in 2019.
Melanie loved to communicate with George’s fans and Lovelies all over the world, but when she wrote… 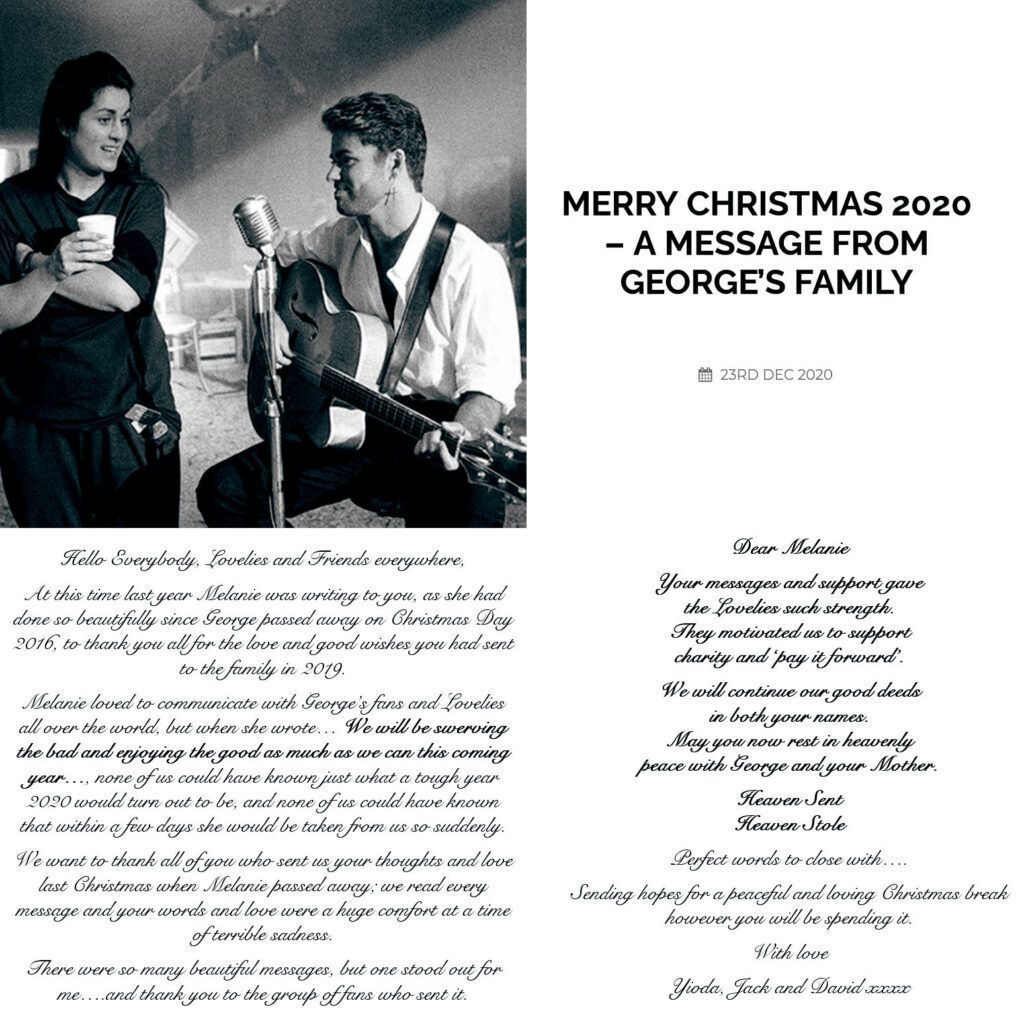 Hello Everybody, Lovelies, (and pets of Lovelies)!

We have come full circle again and Christmas time (and the holidays), are upon us once more.

I think we as a family, (there are lots of us, we Greek Cypriots, we’re everywhere)!! have come to fully appreciate (although we already knew really), quite how much love there is out there in the world, for both Yog and his beautiful music.

We know how much his lyrics can offer support when things are tough and help celebrate when times are good and life is going well… and that is just as powerful now as if he were still with us and as many of you say in your messages, it’s a gift.

It seems important that his generosity of spirit and natural empathy have touched you in a way that would have him embarrassed, all your kind words are really good to hear and we know you have always known his true heart.

Thank you for embracing and supporting the ‘Last Christmas’ movie and soundtrack, we knew you would enjoy it!! ‘This Is How’ is good, isn’t it?? We love that you love it, as would Yog.

Everyone has been working so hard to bring you his music, the movie is going to be there to celebrate and remember Yog and his music well into the future…and we thank everyone whose efforts brought his music to you.

We will be swerving the bad and enjoying the good as much as we can this coming year (2019 has been difficult and busy for George’s hardworking team).

We are, as usual, staying as positive as possible, which is what we and Yog would wish for you all, and we are all hoping for a peaceful 2020. (Wow 2020! – when you grew up with Yog, that used to seem so far away but, here we are folks – It’s the future)!!!

We’ll close by saying, don’t forget to say your ‘I Love You’s’ and enjoy your celebrations wherever you are. Thank you so much for your kind messages, they lift us when things are tough.

Keep on doing those good deeds in his memory, ‘paying it forward’ if you can.

‘Take Care’ he says from up there in the stars, with mum, Anselmo, and his beloved doggies.

Merry Christmas, Happy Holidays and celebrations to you all – we send our best from here in London! 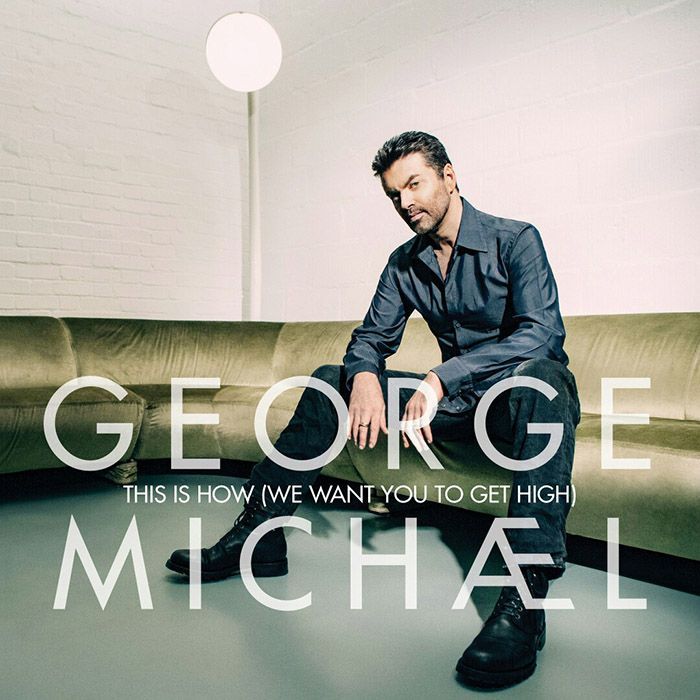