in the official programme for ‘The Final’ concert of Wham! on the 28th of June 1986 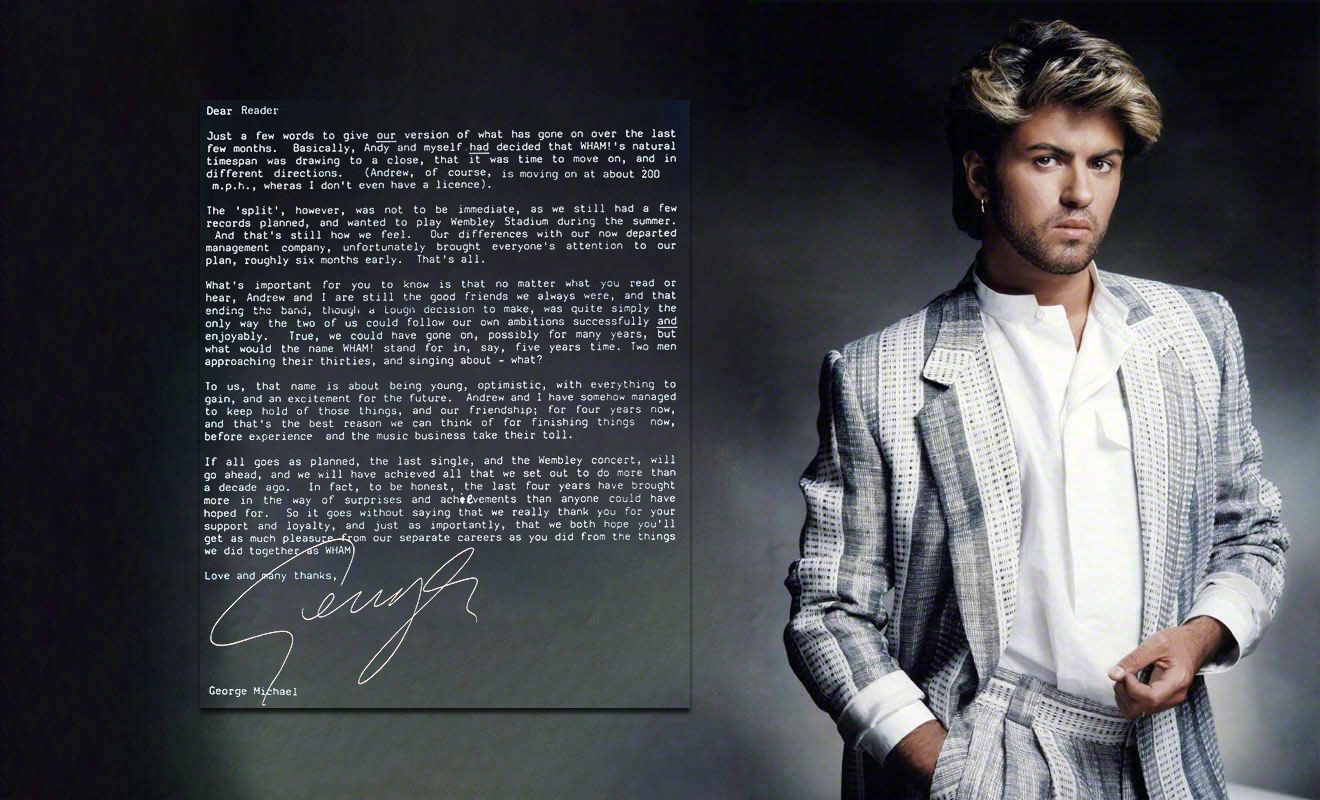 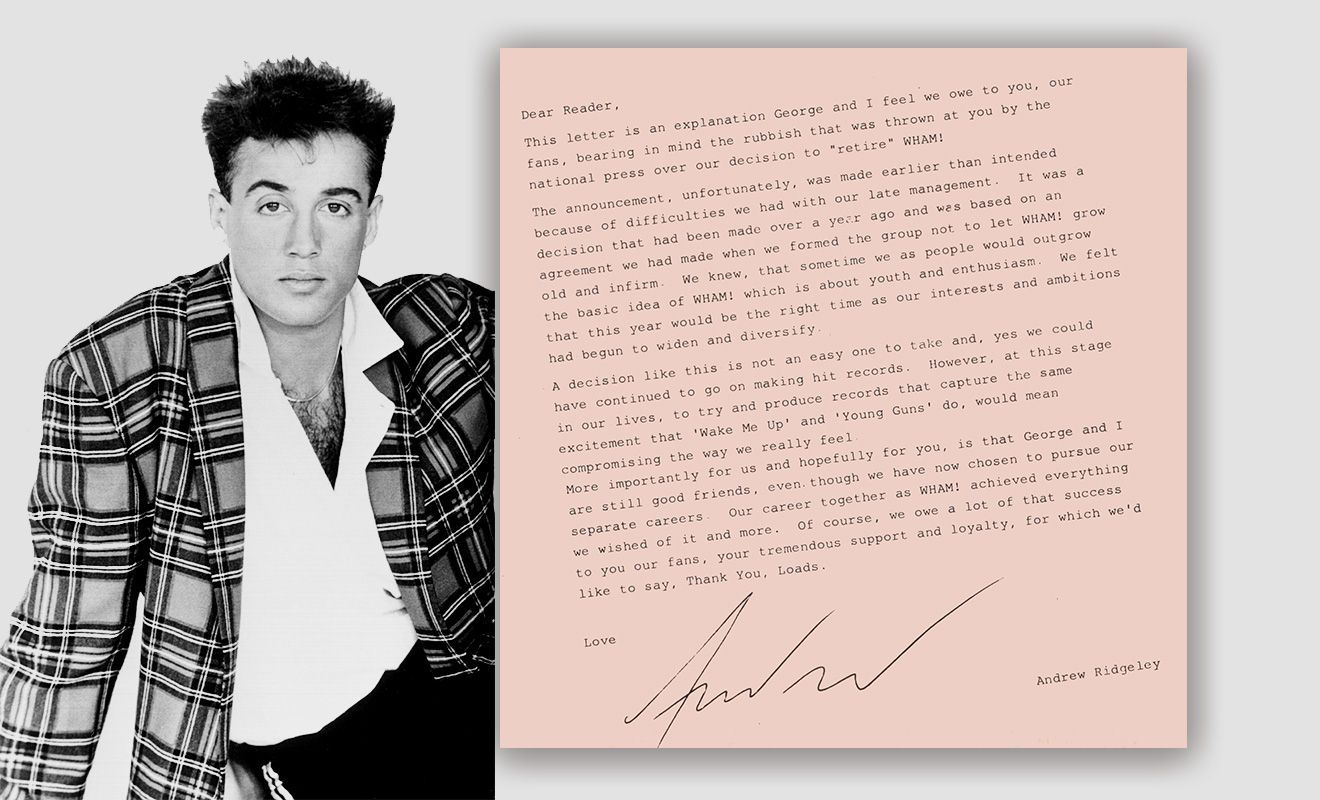 The Final is effectively the story of 80s pop, and Wham!’s evergreen epitaph.

The story of Wham! is the story of 80s life – fame, making pots of cash and having amazing hair, a willingness to go BIG and wave two fingers at your non-fun contemporaries while you eat the globe in the time it took them to make their own albums. Originally released 25 years ago, The Final is the duo’s definitive album – possibly even their greatest album ever made (even if it is a compilation). To some people, this is their The Queen Is Dead, their Nevermind, their Tago Mago – an album that distils a key era of their life into a glorious whole.
Wham! first entered Planet Pop’s atmosphere in 1982 with their Wham Rap!, a tune extolling what a ROFL it was to be on the dole, where George Michael and Andrew Ridgeley seemed to be using their time to work on dance routines and look manly in culottes, which came as a nice diversion from the more seriousface bards of the day such as Paul Weller and The Specials.
Next up came Young Guns (Go For It!), which warned of shacking up instead of going out and pulling the laydeez, and declaring “Death. By. Matrimony! BAM BAM BAM BAM BAM” as it shoved a shuttlecock down its shorts. They completed that opening trio with Bad Boys, which has always been the slight runt of the Wham! catalogue, and was brushed aside on 1997’s The Best of Wham! – but in truth it has aged the worst of these earliest cuts. Then, the future Wham! – the group of fabulous hair and being screamed at by the world – made its first appearance with Club Tropicana, offering evidence that the pair didn’t exclusively trade in shouty funk bluster. After this, they were an unstoppable chart-topping hit machine.
Come 1984 and Freedom arrives. Released a few months after future school disco cheesefest Wake Me Up Before You Go Go, and just weeks after George’s first solo single Careless Whisper (was the duo founded for this to happen, hmm?), it’s a track that can be occasionally neglected. But Freedom is a stone-cold, Motown-coloured classic, and it’s followed here by the evergreen festive nugget Last Christmas – magical, deathless, and a song that’s installed them into Christmas legend forever. I’m Your Man soon comes along, followed by a second tremendous George solo turn (A Different Corner); then, the collection is rounded off with the three tracks from 1986’s The Edge of Heaven EP, on which the thrill of their imperial phase is lacking.
And then they were gone, splitting at their height so that Andrew could slink away to a life of relative normality and racing cars, while George went on to invent designer stubble and become a solo colossus. The Final remains their epitaph, with the brand dying young and leaving a fantastic Greatest Hits. Amazing.